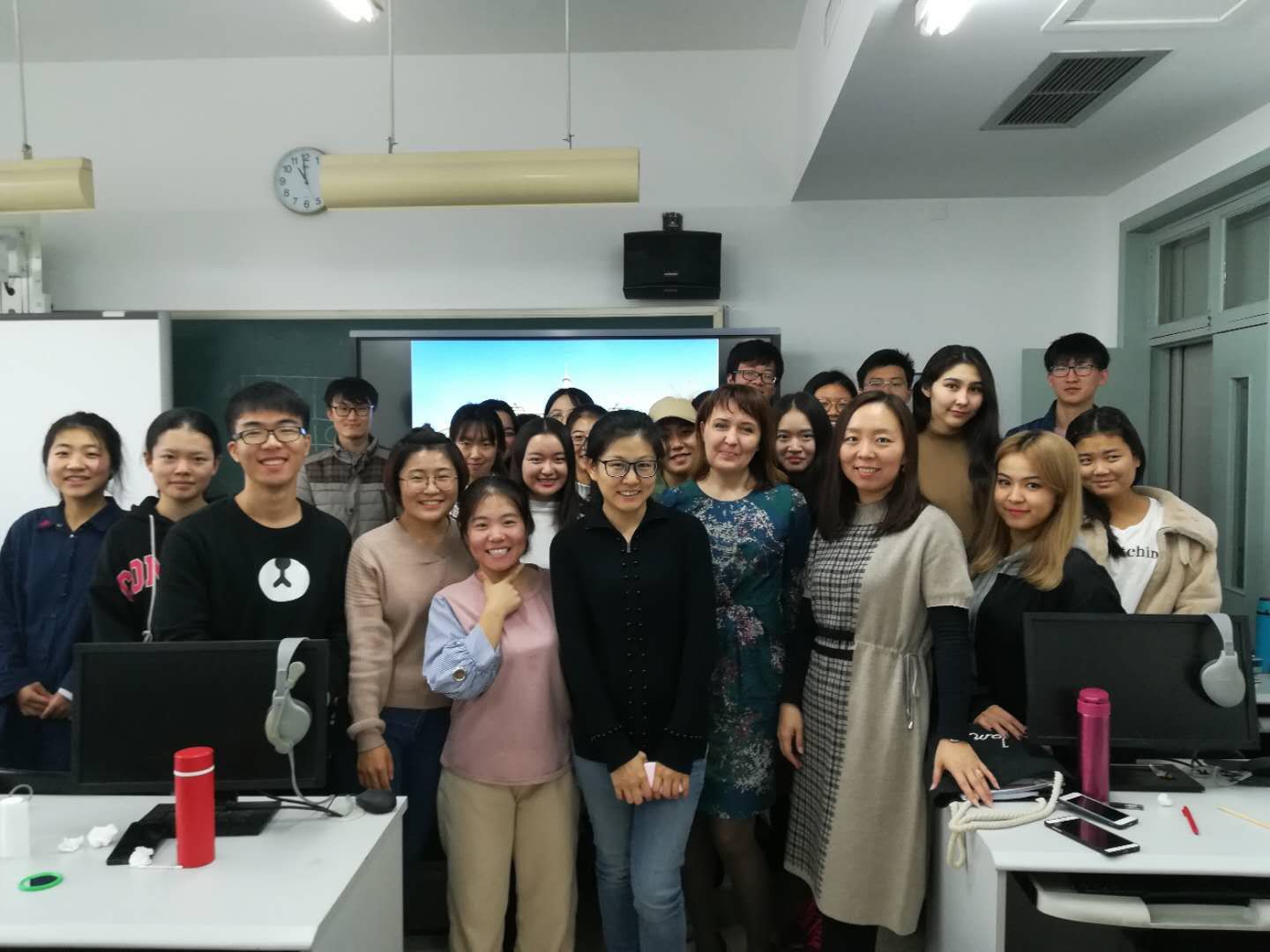 The SUSU Pushkin Institute Research, Education and Coordination Centre continues conducting events aimed at popularisation of the Russian language and culture in the People’s Republic of China. As part of the Centre’s activity, Associate Professor of the Department of Russian as a Foreign Language of the SUSU Institute of Linguistics and International Communications Elena Doronina has held a workshop in Tianjin Foreign Studies University.

The workshop focused on the methods of developing audio-lingual skills and teaching pronunciation of “difficult” Russian sounds. Among the participants were students and teachers from China. The Russian colleagues who attended the international scientific conference on Linguocultural Values in the Linguistic Consciousness and Communicative Practice in Tianjin Foreign Studies University also expressed their wish to take part in this event.

Elena Doronina commented on the relevance of the workshop for Chinese speakers and teachers of Russian as a foreign language:

“These issues are among the most difficult ones in the Russian teaching methods, since Russian and Chinese have significant differences in terms of articulation basis. The formation of correct pronunciation is a long process which requires a systematic approach. Moreover, it requires an individual approach to students, since Chinese has many dialects, and some students may have quite specific variation of Russian pronunciation. Sometimes teachers don’t have an opportunity to ensure individual work. Besides, students themselves often lack motivation for improving their Russian language skills. However, this is crucial both for professional activity and personal communication.”

The workshop participants got an insight into the most effective techniques and methods of increasing students’ motivation for self-improvement. In class, the specialist of the Pushkin Institute showed the video materials that are effectively used in the process of teaching foreign students at South Ural State University. The tutors discussed the specific features of using the complementary phonetics course in the methods of teaching Russian as a foreign language, as well as its difference from an introductory course in phonetics and a correction course.

Chinese students were introduced to the basic principles of Russian phonetics teaching involving game elements. During the workshop the students learned correct pronunciation of the sound [р], which is the most challenging for Chinese speakers. The participants noted the high interest of students in the process.

“Chinese students usually behave in a restrained manner when they communicate with a stranger, and in the beginning they just listened to me very attentively not engaging in active communication. But as the workshop proceeded, their reaction became more active – students started asking questions, they asked to work with handouts, demonstrating a positive reaction and interest in the discussed topic. The teachers from China, in their turn, told that many techniques demonstrated during the workshop were new for them. It’s an important assessment for the Department of Russian as a Foreign Language, as we are in the constant methodological search and at such meetings we try to share really effective methods checked by own teaching experience,” commented Elena Doronina.

Apart from the workshop, during her visit to Tianjin Foreign Studies University, Elena Doronina delivered a report on Consideration of Linguocultural Values when Developing Reading Skills in Classes of Russian as a Foreign Language and received a certificate of participation in the international scientific conference entitled “Linguocultural Values in the Linguistic Consciousness and Communicative Practice”.